What is a Rhinoplasty?

Surgery to reshape the nose is one of the most common of all plastic surgery procedures. Rhinoplasty can reduce or increase the size of your nose, change the shape of the tip or the bridge, narrow the span of the nostrils, or change the angle between your nose and your upper lip. It may also correct a birth defect or injury, or help relieve some breathing problems.

Is Rhinoplasty Right For You?

Rhinoplasty can enhance your appearance and your self-confidence, but it won’t necessarily change your looks to match your ideal, or cause other people to treat you differently. Before you decide to have surgery, think carefully about your expectations and discuss them with your surgeon.

The best candidates for rhinoplasty are people who are looking for improvement, not perfection, in the way they look. If you’re physically healthy, psychologically stable, and realistic in your expectations, you may be a good candidate.

Rhinoplasty can be performed to meet aesthetic goals or for reconstructive purposes to correct birth defects or breathing problems.

Great! I honestly am so happy that I came here to do the rhinoplasty. Everything even from my first contact was extremely professional and exceeded all expectations. Thank you!

Age may also be a consideration. Many surgeons prefer not to operate on teenagers until after they’ve completed their growth spurt-around 14 or 15 for girls, a bit later for boys. It’s important to consider teenagers’ social and emotional adjustment, too, and to make sure it’s what they, and not their parents, really want.

During rhinoplasty the nose skin is separated from the supporting cartilage and bone. The underlying bone and cartilage framework is then sculpted to either correct congenital defects or to make aesthetic improvements. There are two main ways in which rhinoplasty is performed. These include the open method and the closed method. The closed method is performed through the interior of the nose with the incisions and stitches being placed in a non-visible location inside of the nose. With the open rhinoplasty technique, an incision is made in the tissue that separates the nostrils known as the columella. The reshaping and sculpting are then performed by the surgeon through this opening.

Rhinoplasty usually takes an hour or two, though complicated procedures may take longer. During surgery, the skin of the nose is separated from its supporting framework of bone and cartilage, which is then sculpted to the desired shape. The nature of the sculpting will depend on your problem and your surgeon’s preferred technique. Finally, the skin is redraped over the new framework.

Many plastic surgeons perform rhinoplasty from within the nose, making their incision inside the nostrils. Others prefer an “open” procedure, especially in more complicated cases; they make a small incision across the columella, the vertical strip of tissue separating the nostrils.

When the surgery is complete, a splint will be applied to help your nose maintain its new shape. Nasal packs or soft plastic splints also may be placed in your nostrils to stabilize the septum, the dividing wall between the air passages.

After surgery-particularly during the first twenty-four hours-your face will feel puffy, your nose may ache, and you may have a dull headache. You can control any discomfort with the pain medication prescribed by your surgeon. Plan on staying in bed with your head elevated (except for going to the bathroom) for the first day.

You’ll notice that the swelling and bruising around your eyes will increase at first, reaching a peak after two or three days. Applying cold compresses will reduce this swelling and make you feel a bit better. In any case, you’ll feel a lot better than you look. Most of the swelling and bruising should disappear within two weeks or so. (Some subtle swelling-unnoticeable to anyone but you and your surgeon-will remain for several months.)

A little bleeding is common during the first few days following surgery, and you may continue to feel some stuffiness for several weeks. Your surgeon will probably ask you not to blow your nose for a week or so, while the tissues heal.

If you have nasal packing, it will be removed after a few days and you’ll feel much more comfortable. By the end of one or, occasionally, two weeks, all dressings, splints, and stitches should be removed.

Most rhinoplasty patients are up and about within two days, and able to return to school or sedentary work a week or so following surgery. It will be several weeks, however, before you’re entirely up to speed.

Your surgeon will give you more specific guidelines for gradually resuming your normal activities. They’re likely to include these suggestions: Avoid strenuous activity (jogging, swimming, bending, sexual relations-any activity that increases your blood pressure) for two to three weeks. Avoid hitting or rubbing your nose, or getting it sunburned, for eight weeks. Be gentle when washing your face and hair or using cosmetics.

You can wear contact lenses as soon as you feel like it, but glasses are another story. Once the splint is off, they’ll have to be taped to your forehead or propped on your cheeks for another six to seven weeks, until your nose is completely healed.

Your surgeon will schedule frequent follow-up visits in the months after surgery, to check on the progress of your healing. If you have any unusual symptoms between visits, or any questions about what you can and can’t do, don’t hesitate to call your doctor.

In the days following surgery, when your face is bruised and swollen, it’s easy to forget that you will be looking better. In fact, many patients feel depressed for a while after plastic surgery-it’s quite normal and understandable.

Rest assured that this stage will pass. Day by day, your nose will begin to look better and your spirits will improve. Within a week or two, you’ll no longer look as if you’ve just had surgery.

Still, healing is a slow and gradual process. Some subtle swelling may be present for months, especially in the tip. The final results of rhinoplasty may not be apparent for a year or more.

In the meantime, you might experience some unexpected reactions from family and friends. They may say they don’t see a major difference in your nose. Or they may act resentful, especially if you’ve changed something they view as a family or ethnic trait. If that happens, try to keep in mind why you decided to have this surgery in the first place. If you’ve met your goals, then your surgery is a success.

Incisions are made inside the nostrils or at the base of the nose, providing access to the cartilage and bone, which can then be sculpted into shape.

Upon the completion of the sculpting process, a splint is inserted into the nose to help it to retain its new shape. While the entire process will likely take between one and two hours, patients requiring extensive reconstruction efforts that are more complex in nature, the process may take longer and it may even be necessary to stay under the care of the medical team until the formative stages of the recovery process are complete. This is often the case when correcting major congenital defects.

What are the risks and complications involved with having a rhinoplasty?

As with any surgery, there are risks involved although having a qualified plastic surgeon perform your surgery minimizes the likelihood of complications. Dr. Weniger will fully present the risks and complications to you during your consultation.

How old should I be to get my nose fixed?

Dr. Weniger recommends waiting until after maturity for this procedure.

How long does the swelling last? 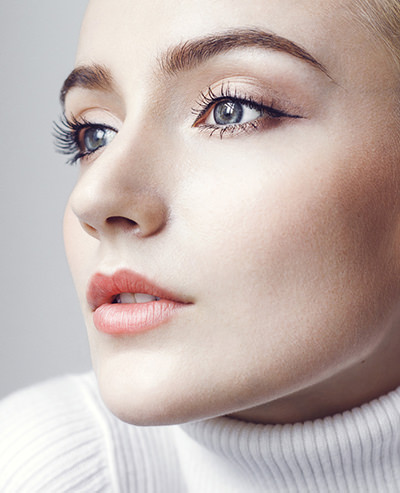 Most patients experience 5 to 8 days of discoloration and significant swelling. Ice or frozen peas can be applied for the first 24 to 48 hours. The nose, itself, can be mildly swollen for a few weeks after surgery. It takes several months to a year to see the final results due to the progressive improvement of mild residual swelling.

Will I have scars?

Most of the time, the incisions are inconspicuous. Occasionally, if the desire is to narrow the nose or to perform an open approach, incisions can be placed between the nostrils– again, inconspicuously.

Can I wear contact lenses or glasses after the surgery?

Contact lenses can be worn soon after surgery. Glasses, that rest on the bridge of the nose, should not be worn due to the potential for injuring the underlying structures.

Will I be able to blow my nose?

Dr. Weniger typically suggests that you refrain from blowing your nose for two weeks or so until the tissues inside your nose have sufficiently healed.

Will insurance cover the procedure if I have breathing problems?

What happens if there is not enough septum cartilage when a graft is needed in rhinoplasty?

I agree that septum is probably the most useful cartilage for rhinoplasty, but when there is not enough septum, options include other areas of cartilage removed from the nose, such as the dorsal septum if there is a significant dorsal hump. Also, if the cephalic trim of the upper lateral cartilage is done, this cartilage can be used for grafting. If larger grafting is needed, ear cartilage is usually the second choice and then the last option is rib cartilage.

GET IN TOUCH WITH WENIGER PLASTIC SURGERY TODAY